The members of my household are as diverse in personality as they are in looks.  For the record, that Shirley Temple look alike is definitely ours.  Since I think in music lyrics and terms, I chose to identify my family by music genres.  I have used the moniker WaterWorks for several years and just continued to do so in this space.  I am a stormwater engineer by degree, hence the water part.  I also recognize the role that water plays in our religious life - baptism, miracles, and such.  Putting what I love together seemed obvious.  We refer to our household as the Domestic Church because our Catholic faith emphasizes the role of family as a realization of true communion. 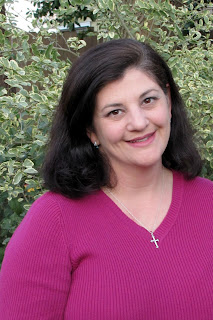 Deirdre:  I am currently at home, but I have worked full-time and part-time as a Stormwater Civil Engineer.  I spend my days herding the Domestic Church and reorganizing all the cabinets, but I find pockets of time to bake, sew, craft, read and always to laugh.  Some days are really awesome and some days are really awful, but I am muddling through it all with the assistance of my family, faith, really good friends and red wine.  One day I will choose a musical nickname, but that would mean I'd have to settle on just one genre and who wants to do that? 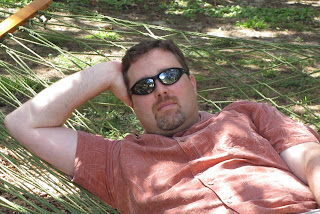 Mr. Neoclassic:  My wonderfully, and sometimes unintentionally, hilarious husband.  He enjoys cooking (thankfully since I don't) and gardening.  Since he's a bit (ha!) Type A himself, he willingly puts up with my constant reorganization of the house.  He's an electrical engineer by degree, and MBA holder, and works as a people herder by day.  By evening, he works as head chef and historical house maintenance supervisor.  His moniker is Mr. Neoclassic because wiki defines the Neoclassical movement as "a twentieth-century trend in which composers sought to return to aesthetic precepts associated with "classicism" - namely order, balance, clarity, economy."  That fits him perfectly! 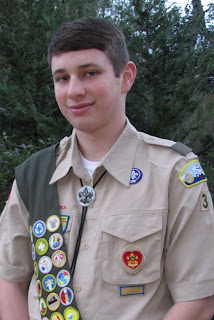 Classic Rock: Our oldest, at 14, is witty, sarcastic, taller than me and gaining on his daddy, eminently patient with his youngest sister - but only mildly patient with the other sister - fascinated/ obsessed with the NFL (go Saints!) and with politics, a great student, and a piano player.  He most enjoys those classics from the 70's, hence his moniker.  He's completing his first year of high school and loves the course work, and he's active in our church youth group and Boy Scouts.  Just this past winter, he completed his Eagle Scout project and is awaiting his board of review for advancement.  He makes awesome pancakes and can concoct a meal out of leftovers no one else will touch. 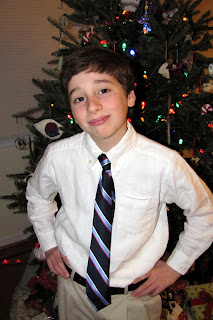 Zydeco:  This 11 year old is hilarious and can diffuse any situation with a well-chosen movie or song quote.  He is eager to carve his own path rather than follow in the older brother's footsteps (which is fine by us).  He's clever with words and an excellent writer, and his laugh is infectious.  At that cusp between kid and tween, he tests limits while still playing games of pretend with both sisters.  This one is fascinated with flag football and his trains, and can rock his guitar with church hymns.  His listening music isn't always my choice, but his sense of right and wrong is on target.  He's also a Boy Scout and has earned his Life rank.  Since he's got a huge circle of friends his moniker reflects that zydeco music was originally created at house dances, where families and friends gathered for socializing.  Party anyone?  Just call and he's there! 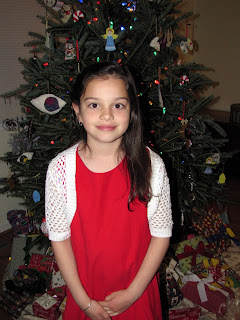 Jazz:  This 8 year old requested her moniker because "it's music for dancing."  Okay, then.  It totally fits since Jazz is "a spontaneity and vitality of musical production in which improvisation plays a role" [wiki].  She's creative and artsy, a piano player, extremely talkative, overflowing with ideas, and friendly to all.  She's most likely to seek the company of Zydeco for some super sleuth work or back yard shenanigans, but will also play Little People with her sister.  Jazz is a magnet for friends and can make anyone feel comfortable.  She's secretly dreaming of ways to enter Hogwarts and trade ideas with Luna Lovegood.  There's a temper lurking behind those freckles, but it's quick to dissipate if something funny comes along.  She's a force to be reckoned with and is the spitting image of her mama - but I think she's cuter :) 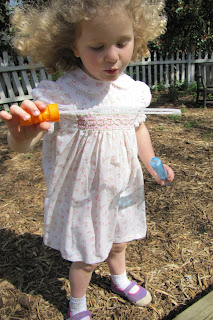 Irish Jig:  This burst of energy's name is a nod to my heritage.  She's three and a half, in constant movement (even asleep), and talks non-stop.  Thus, the Jig part.  She follows the bigger children around, trying to incorporate herself into their activities.  Books and chocolate are the lures used to coax her little hands from their precious goods.  She happily engages the Little People in hours of play, creating elaborate story lines for all the characters.  She dances up a storm with her sister, prefers her oldest brother's shoulder for nap time, and wants only to chase her other brother.  Daddy's her favorite playmate for Potato Heads and Memory Cards, but Mama's the one she wants for bath time and before-bed-rocking-and-singing.

Welcome to our Domestic Church.  We hope our stories of family life and all that it entails are encouraging.  Or at the very least amusing.